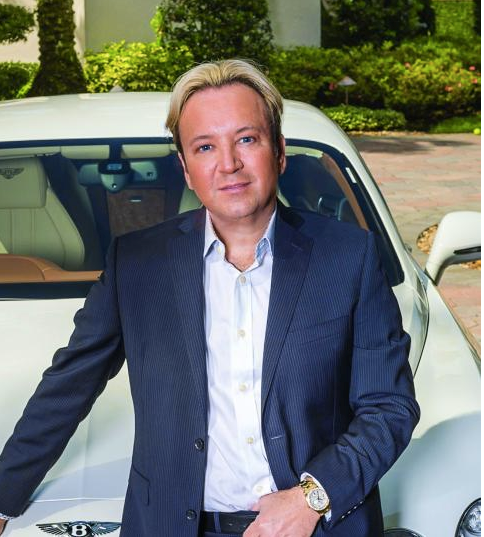 SPECIALTY: Frank Benevento is a well-respected name in Central Florida’s luxury-home niche. He has LISTED, MARKETED AND SOLD in most of the region’s upscale communities, and is renowned for his ability to bring high-net-worth individuals into his personal sphere, and is widely known for having many luxury listings throughout Central Florida.

BEST REASONS TO USE HIM AS AN AGENT: Year after year, Frank’s WORLDWIDE MARKETING produces a steady stream of buyers from not only Florida, but throughout North and South America, Europe and Asia. Frank, who moved to Central Florida from New York in 2000, has a diverse background that includes building and selling businesses in the manufacturing and commercial sectors and has dealt with many Fortune 500 companies. Since relocating, he has used his finely honed business skills to help hundreds of clients sell their homes and hundreds of buyers in finding their dream homes.

AWARDS/HONXORS: In his first year with Coldwell Banker, he received the “Rookie of the Year” award. In his second year, he was named to the International President’s Circle, representing the top ten percent of all Coldwell Banker associates worldwide. In his third year he was inducted into the International President’s Elite Circle, a designation reserved for the top 1 percent worldwide. He is also an honoree in Who’s Who in Luxury Real Estate and was recently named among the top 100 agents in Florida. 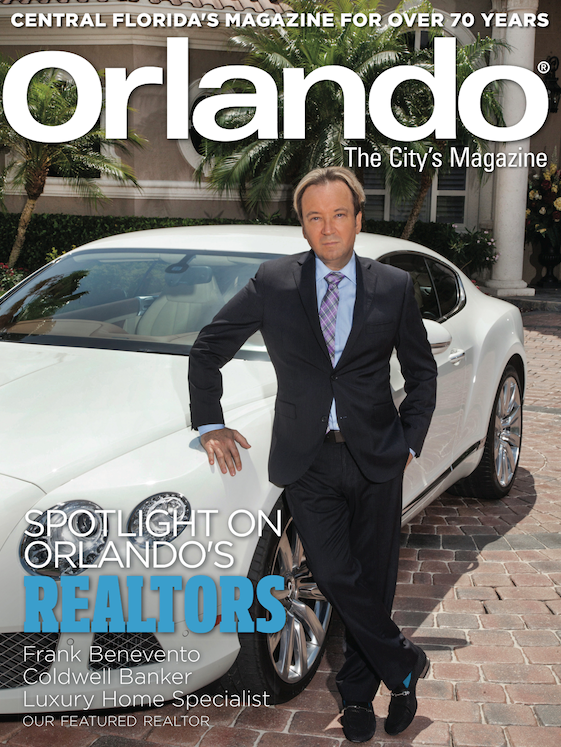 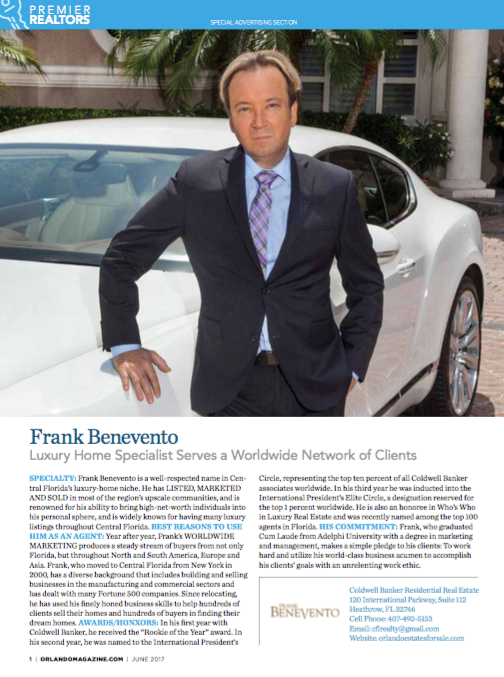